Territories changes for Kosovo, Hahn: Maintain stability in the region

Territories changes for Kosovo, Hahn: Maintain stability in the region

“I am not ready to make any comment except what has been prescribed in the Enlargement Strategy: we will not accept any new members if bilateral relations are not resolved. What matters to us is stability across the region. It should be borne in mind that any type of bilateral agreement should not jeopardize the overall stability of the region but should be the opposite, it should contribute to more stability in the region. And whatever is the ultimate goal this should be the key objective. The more stability in the whole region by genuinely resolving bilateral conflicts”.

Prime Minister Rama, who has not yet commented on this issue, chose again to avoid the answer, but stating that he supports the commissioner’s stance.

Kosovo government leader Ramush Haradinaj which was present at  prime ministers of the region meeting in Durrës, took advantage to reiterate his stance, different to that of President Thaçi, who has put forward the proposal for border correction for public discussion.

“Kosovo has its own borders, we respect these borders and do not think we need any changes but to respect our borders.”

Commissioner Hahn welcomes the meeting of two Presidents Thaçi and Vucic on 7 September but is convinced that it will not be the last meeting between them and that this issue will take time until the final solution is found./tvklan.al 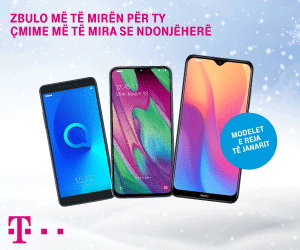 "The Kosovo-Serbia agreement should guarantee stability of the region"

Tsipras: There is no change of borders with Albania